By Arnaud ChevallierAugust 16, 2018 No Comments

Many of us first interact with problems in a primary-school mathematics class. If your experience is anything like mine, it might have gone like this: “Édouard has a swimming pool. One pump can fill the pool in two hours; the other in three hours. How long will it take both pumps working together to fill Édouard’s pool?”

This is an example of a simple, well-defined problem. It’s simple—as opposed to complex—because there’s only one variable (time). It’s well defined—as opposed to ill defined—because all the elements necessary to answer the question are provided and there is a single, guaranteed right answer.

Indeed, many of the problems we face are not simple and well defined but, rather, CIDNI: complex, ill-defined and, when we’re lucky, non-immediate, in the sense that we have a few days, weeks or perhaps months to figure out an answer (Chevallier, 2016). Unlike well-defined problems, CIDNI problems usually don’t have one “right” answer. In fact, they may not have any solution at all (Jonassen, 2000). In this context, looking for a “right” answer might be downright counterproductive.

Don’t get stuck thinking there’s only one “right” answer

This hyper focusing onto a “right” answer also exists in corporate settings. For instance, many mergers and acquisitions often require that the acquired company adopts the acquiring’s culture.

To be sure, some settings do benefit from using one standardized way of doing things and one approach can be objectively superior: I like my pilot to follow agreed-upon procedures and checklists when we’re landing. Similarly, following a five-point checklist to insert catheters drastically reduces the risk of infection (Gawande, 2009; Rosenberg, 2011), so we may want to call that one the right approach.

But in other settings this drive to look for an elusive one “right” answer can come at tremendous cost in time and political capital. So it’s useful to recognize that the quest for the “right” answer isn’t necessarily desirable. In fact, you may suffer dearly by imposing a way that doesn’t need to be imposed. Indeed, many mergers and acquisitions fail because one culture is imposed over another (see for instance the Daimler/Chrysler case, which resulted in a destruction of some $25 billion in valuation of Chrysler, over less than a decade, as the result of attempting to impose the “Daimler Way” on Chrysler).

Focus on the what and let go of the how

In some settings, what matters is what gets done. How it is done is less important. In these cases, you might be well inspired to let go of forcing people into a set way of doing things. My friend TJ describes how he delegates tasks to his employees: “There’s my way of doing this thing and there’s a bunch of other ways of doing it. I don’t really care how you do it as long as it gets done.” Judging by one of his sayings, Steve Jobs would have agreed with TJ: “it doesn’t make sense to hire smart people and tell them what to do; we hire smart people so they can tell us what to do” (Rafati, 2015).

This is all the more relevant as telling people how to do things when it’s not warranted can easily be perceived as micromanaging. And micromanagement of talented assets is problematical in many ways, including underutilizing the manager’s abilities to transforming the managed people into liabilities, as they look for other opportunities that accept their ways of doing things (Wilkins, 2014).

Insisting on finding the “right” answer promotes a either/or approach. It is Boolean. It leads to a clean answer, with clearly identified boundaries, and this cleanliness surely is appealing.

But this cleanliness isn’t necessarily an asset and, in some situations, it’s not appropriate to address ill-defined problems. For example, imagine that you want to drive from your place to a restaurant. You have various itinerary options. These options all have different characteristics: distance; cost (free vs. toll); pavement quality (I live in Houston and, trust me, this is a consideration; do not drive in the middle lane of Memorial Drive); and scenery, to name a few. Which is the “right” answer in this case—that is, which is the best itinerary? The answer is, it depends. It depends on how much value you place across these criteria. And if you happen to do the drive with someone else in the car, how much they value each criterion might be different from you, so what is the “right” answer for you might no-longer be the “right”‘ answer for the two of you. In other words, what constitutes the best or right answer is subjective. Welcome to the world of ill-defined problems.

Instead of “right” answers, look for acceptable ones

Facing a CIDNI problem, it might be beneficial to let go of the dichotomous, right-vs-wrong approach. Become less Boolean and more Bayesian, as the figure below shows. Instead of seeing the universe of solutions as two distinct groups—black (wrong) and white (right), retain these two colors but put them at the opposite ends of a spectrum of possibilities and show the multitude of intermediary shades/answers. You should also identify the characteristics of acceptable or “good enough” answers. 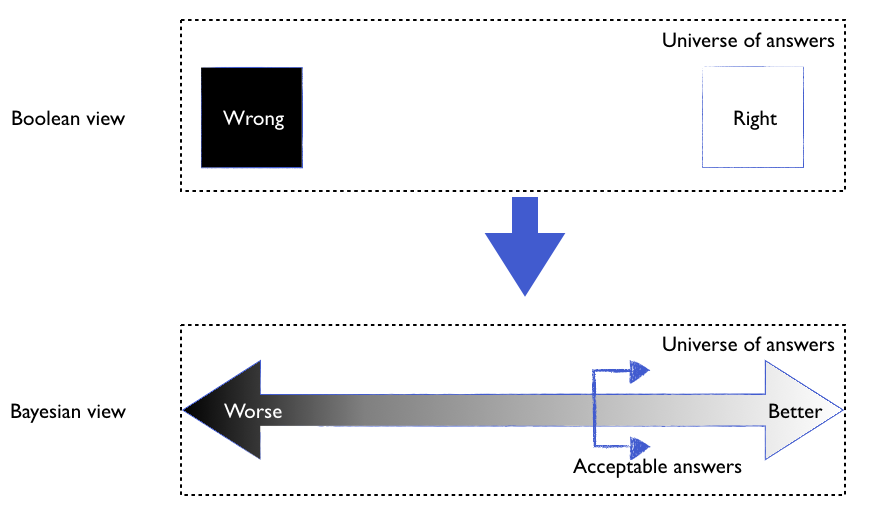 When dealing with CIDNI problems, consider adopting a Bayesian (analog) view of the world in lieu of a Boolean (discrete / dichotomous) one.

Adopting a Bayesian view doesn’t necessarily make your problem-solving process simpler, but it can help you avoid being stuck into one way of thinking. This, in turn, might make victory more likely; instead of looking for one “right” answer, you are now looking for any of various acceptable ones. The approach also has the benefit of leveraging the diversity in your team, as you integrate others’ views.

Oh, and the two pumps will take care of Édouard’s pool in 72 minutes.

PS. This is my last post while at Rice University. In a couple of weeks, I’ll join IMD‘s faculty, where I’ll specialize in developing knowledge and training executives in decision making, strategic thinking, and general problem solving. 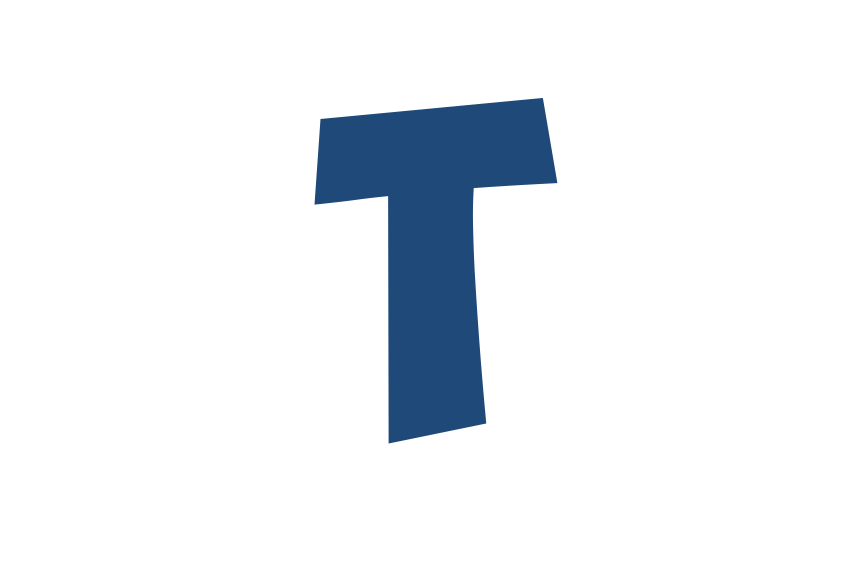 Be a specialist and a strategic thinker

Be a specialist and a strategic thinker