By Arnaud ChevallierFebruary 11, 2013 No Comments

Decision making is a critical part of the problem-solving process. But it is also only that: a part. The process has several others; don’t overlook some at the expense of others. (This post is a summary of a guest article I did for Weighted Decision Matrices, the original is available here.)

The resolution process of CIDNI problems is sequential, with decision making appearing only within the third step. A decision matrix can be useful to decide between various competing solutions, but that decision is only as good as the ground work that prepared it.

Indeed, like building a great house on poor foundations, if you focus exclusively on decision-making without first validating that you have framed the right problem, have diagnosed it properly, and have identified a correct set of potential solutions, sooner or later, you’ll face consequences. So pay attention to both: the great decision making and the previous work preparing it. 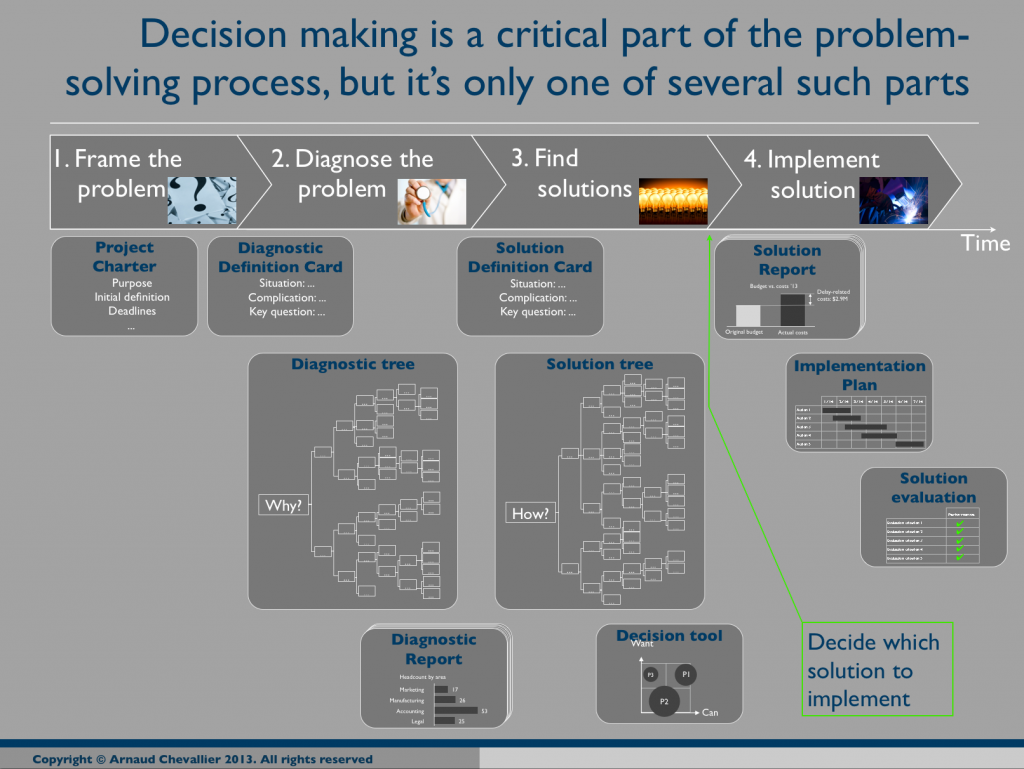 While a critical activity, decision making should come rather late in the problem-solving process