Start with your main idea

By Arnaud ChevallierAugust 19, 2010 No Comments 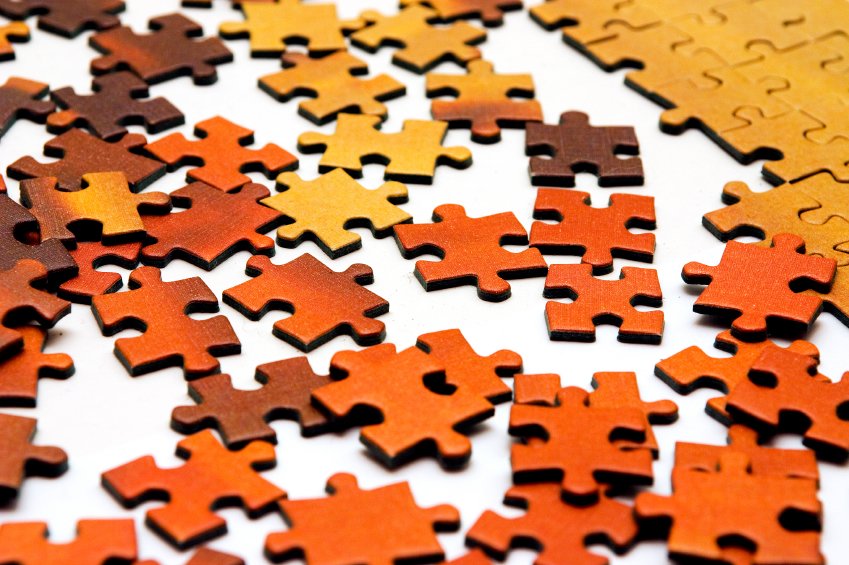 You can conduct the best research in the world, eventually you’ll have to communicate it to others. Do a lousy job there and that will stain your entire project. Is it unfair? Sure, but that’s not the point. The point is that you need to make sure that you communicate your message effectively. And that means that you need to start with your main idea.

The research process starts from the ground up

Have you ever tried to solve a jigsaw puzzle without knowing what it looks like as a whole? If you have, you know how much more complicated it is than if you have a general idea of where you’re going. That’s because you’ll see pieces of different colors, but you won’t know which color goes where until quite late in the process. If you’ve seen the finished picture first, you’ll have a general idea of where your going, and it will be easier to identify where each group belongs. Sure, you’ll still have to work the details, but you’ll be progressing gradually as opposed to waiting for a aha moment close to the end where you finally understand.

When you’re solving complex problems, you are buried in details: spending hours, days or weeks answering a specific question in your analysis. Once you’ve answered that particular question, you cancel your tunnel vision, trying to go back to the big picture again and understanding where your answer fit in it. Then you move to the next question, re-acquire tunnel vision, and focus on that new question, blocking out everything else. But you spend most of your time in the details. And that’s good, that’s what you should do. But that doesn’t mean that this is how you should communicate it.

Ever been killed by PowerPoint?

Actually, I know the answer to that one. We all have been killed by PowerPoint. (If you’ve never sat in a presentation thinking to yourself “where is he going with that?” please tell me, I want to know the secret.)

Unfortunately, the majority of presentations—or reports—I see/read are of the outmost boring kind, and I can tell just with their first two slides/pages. They usually start with “background” and then a laundry list of facts that appear completely disconnected.

Or they start with “let me tell you a little bit about myself”, and you’re in a ride to know everything about this guy’s life from kindergarden.

If you’re lucky, they’ll stick to the issue and only describe their research protocol. 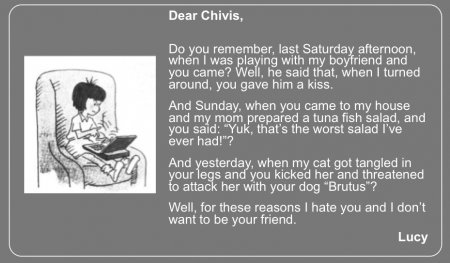 But all these are sub-optimal, because if I don’t know what thesis this guy is supporting, I can’t relate the information that he is presenting and decide if that makes sense or not. And by the time he gets to his conclusion, on slide 57 of the 74 he prepared, I have no recollection of what he said on slide 7 and how that supported or not his conclusion.

Zelazny has an excellent example about that one that I am shamelessly stealing in the first two figures here. Read the text in the first figure. How do you feel as you proceed? Feels like “where is she going with that?

Your message needs to start from the top down

Now, what if you get this card instead: 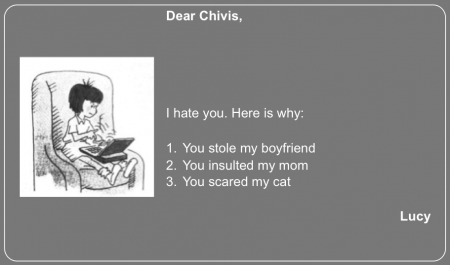 Isn’t it simpler? You know from the beginning where Lucy is going and you can decide as you read each of her points if it supports her general idea. You might disagree with her logic, but at least, as a reader, you understand it clearly, and you are now ready to argument your point.

That’s why is you shouldn’t reproduce your solution process when you communicate, even if you enjoy talking about it. 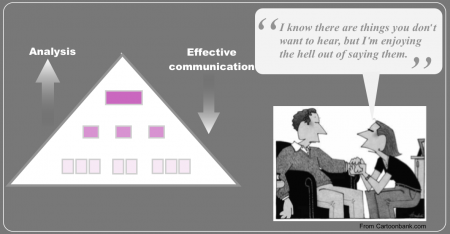 Tell the main point first even if it is unpopular

Some people prefer to keep the main idea for later when they think that the audience will disagree with it. I disagree. They argument that, that way, they ease the audience into their conclusion. But I think that in these cases your audience needs to be all the more convinced by your argumentation and, therefore, they should be able to follow each of your steps. They won’t be able to follow if they don’t know where you’re going.

In these cases, I’m very upfront with my audience. I have an executive summary and I usually introduce it with: “I know this is counter-intuitive but today I’ll recommend that we do …”. “This is based on extensive analysis and we’ll look at it in detail but I wanted you to know where I was going upfront so that you could see where each piece fit.”