Watch for bikes! (expect the unexpected)

By Arnaud ChevallierJuly 6, 2016 No Comments 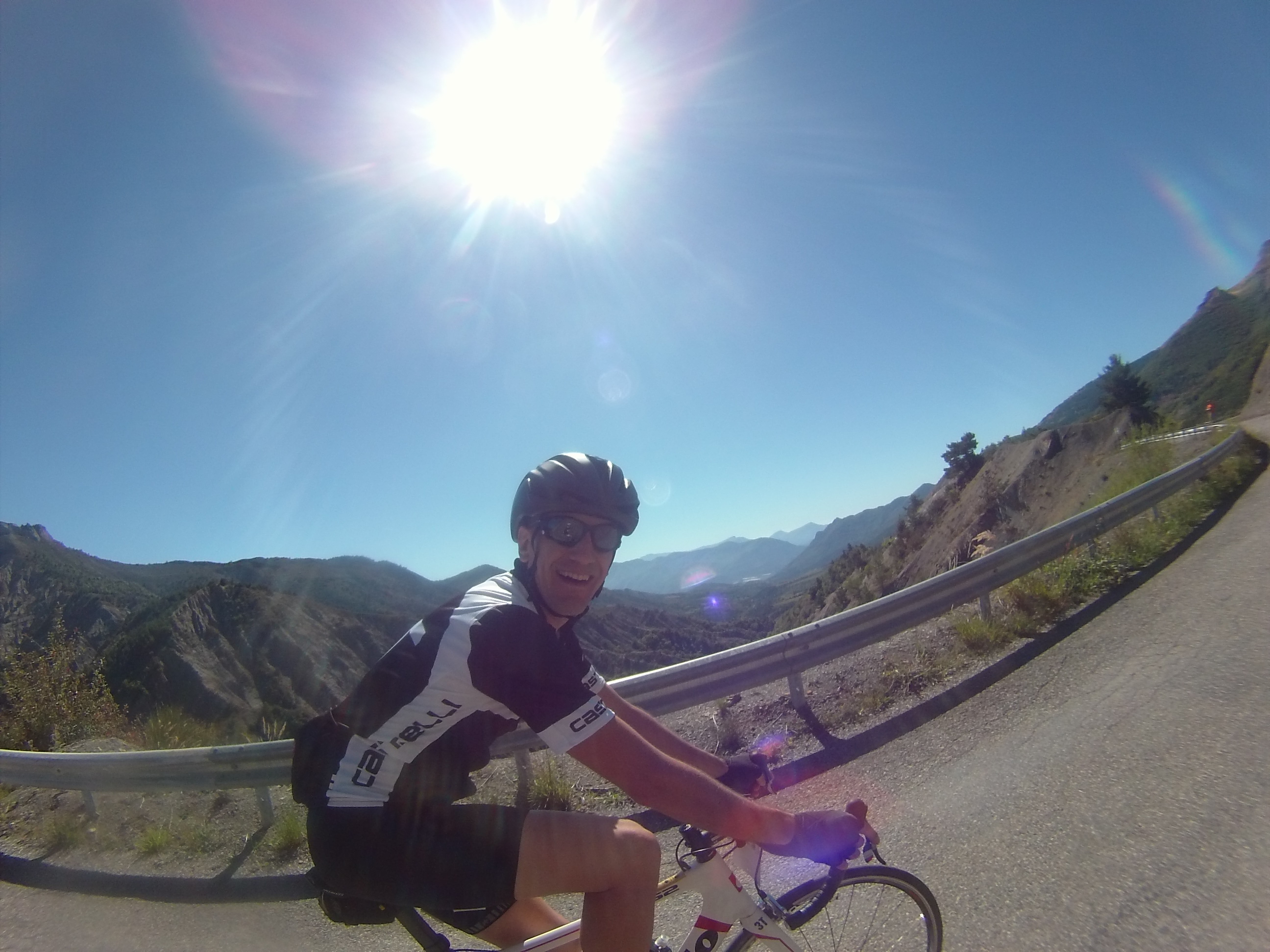 I like biking, and I often take to the roads to commute or to train for one event or another. When I lived in Texas, that made me part of a very small minority. It also put me at risk. Close calls with drivers were frequent (although mine weren’t as bad as some), and they invariably triggered a spike in my heart rate. I wish I managed to be as controlled as others, but the reality was that these close encounters frequently generated a compelling need to swear. Which I mostly did in French, for added exoticism.
Some of these encounters seemed intentional—with the driver making a point that, in their view, a bicycle didn’t belong to the road and expressing this with tailgating me, passing too closely, or shouting. Luckily, I never became the recipient of a brake check.
But, for the most part, these close calls appeared to be unintentional: After a close call, as we hooked up at the next light, most drivers would confess that they hadn’t seen me. Some quickly took the blame and apologized. Others, however, would tell me it was my fault: Even in broad daylight, somehow, I got to hear how my jacket or helmet were too dark or how my lights weren’t bright enough.
If only I looked and behaved like a car, their thinking seemed to go, we could have avoided this. Mine was different: Get off the phone and pay attention. As it happens, there’s an element of truth in both these positions, and what we learn on the road might help us be better strategic thinkers.
Christopher Chabris and Daniel Simons designed a psychology experiment that has become highly popular. They made a short film of two teams passing around basketballs while the players move around. One team wears black shirts, the other white. The researchers show the film to students, asking them to count the number of passes by the white team, ignoring those by the black team. If you haven’t seen the video, check it out and count passes, both the aerial and the bounce ones. Watch out, it’s challenging, so pay attention!
The point of asking people to count passes is to get them to focus on one aspect of the action. But there’s something else going on: Halfway through the video, an actor wearing a gorilla suit walks across the stage, pauses in its center, turns to face the camera, thumps his chest, and resumes walking. And, astonishingly, about half of the people who are shown the video do not see the gorilla! Chabris and Simons’ point is that at times we only have an illusion of attention, or inattentional blindness. So what? Well, several things:
Keep an open mind. Cabris and Simons’ book uses a number of examples—including that of highly trained pilots in simulators missing an obvious danger—to illustrate how seeing requires looking, but looking isn’t sufficient (p. 13). In that sense, appropriate detection shares similarities with serendipity (the appreciation of the chance encounter of something valuable while looking for something else see Strategic Thinking in Complex Problem Solving (pp. 102–103), which requires not just stumbling upon an unexpected result but also recognizing its value. Both depend on meeting a set (not just one) necessary and sufficient conditions. So, while you are focusing on a specific part of your task or problem, you should also consider keeping some bandwidth to notice other elements that may pop up.
Experience what it means to be unexpected. In Chabris and Simons’ words: “the experience of being unexpected yourself might make you better able to notice similar unexpected events” (p. 16).
Increase the signal-to-noise ratio. “A motorist is less likely to collide with a person walking and bicycling if more people walk or bicycle” (source). That is, as the unexpected becomes more expected, it becomes more recognizable. So, on the road, you may want to get your friends to ride their bikes more.
Remove distractions. We have a finite amount of attention that we can bring to a task. If we do more than one thing at the time, this attention gets divided. If we are only confronted to expected events, this might not be a big deal, but if we’re challenged, then we can easily get in trouble. Driving, that means staying off the phone—and using a hands-free phones is almost as bad as using a regular phone (pp. 22–26). Solving problems, that probably means eliminating all sorts of distractions to focus on one thing at a time. (This result holds even with experts operating in their domain of expertise and it’s not limited to visual cues, auditory ones are also affected.)
I’m afraid that I don’t have a general, actionable conclusion for these findings, apart from taking notice of our fallibility and taking it into account as we solve problems. Oh and, of course, actively looking out for bikes while you drive, too. 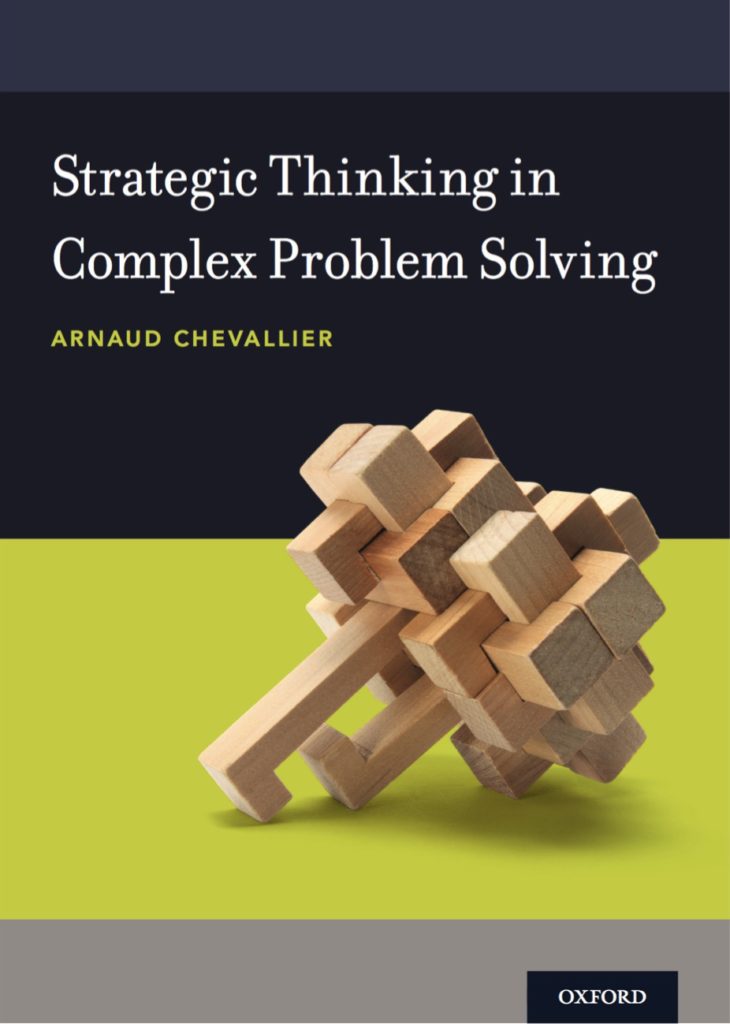 Strategic Thinking is available for pre-order

Strategic Thinking is available for pre-order