Get a devil’s advocate

By Arnaud ChevallierDecember 24, 2010 No Comments

Solving problems in general, and building issue trees in particular, requires both an understanding of the general picture and an almost-obsessive attention to details. Usually we are good at one or the other but hardly ever at both. If you suck, you will probably need someone to tell you, so get a devil’s advocate.

The hard part about solving problems on your own is that it requires to shift your paradigm, which isn’t the easiest thing to do, let alone by yourself.

We can’t solve problems by using the same kind of thinking we used when we created them.

An example of paradigm shifting is adding a camel instead of staying stuck on dividing camels.

Here is another paradigm shift example: what is the maximum number of pieces you can cut a piece of cheese using your knife three times? (If you answered less than eight, you didn’t get it right. The first time you cut the cheese in halves. With the second cut, you divide both halves again, now you have four quarters. Don’t cut just yet! Instead stack up the four quarters one on top of the other, then cut. You have eight pieces.) In this case, the paradigm shift is to think in 3D.

Here is another one: connect all nine dots with four lines without lifting your pen. 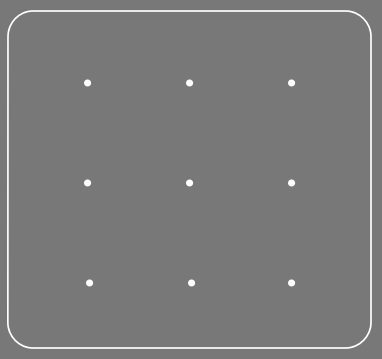 These are simple, silly examples in which we know we are supposed to change our point of view. And yet they are already challenging. Real-life problems only are much more complicated so get something to help you.

High-performances athletes have coaches that guide them through pushing their performances and improving their weak spots. Junior scientists have advisors to help them do the same. As a problem solver, you also need a sounding board. You need someone that can tell you when you’re wrong and that can point out the weaknesses in your thinking process. So get a devil’s advocate.

In defining the key question and building a problem identification card, a devil’s advocate can help you make the context and the scope more robust.

In building issue trees, my experience is that a devil’s advocate’s contribution is most useful in testing MECEness and perspicacity. The difference between excellent thinking and sloppiness can come down to details, therefore you really need someone than can pinpoint everything that’s wrong with your tree, as much in the content as in its format.

In executing the answer, particularly in delivering recommendations, the advocate can pinpoint gaps in logic and help prepare for tough questions.

The problem with a devil advocate is that only hearing critiques from someone can be tiresome and fly in the face of a healthy group dynamics. It also might under-utilize that person if she is involved only in the critique part and not challenged to come up with answers as well.

You should also ensure that the environment is safe to propose and receive critiques: banning jokes and commentaries during these sessions might help you to do that.

Oh, yeah, about these nine dots. If you assume that the line can change directions only when on a dot, you won’t be able to connect all the dots with four lines. But who said that you had to do it? If you literally think out of the box, you get it (click on the figure to the right)…